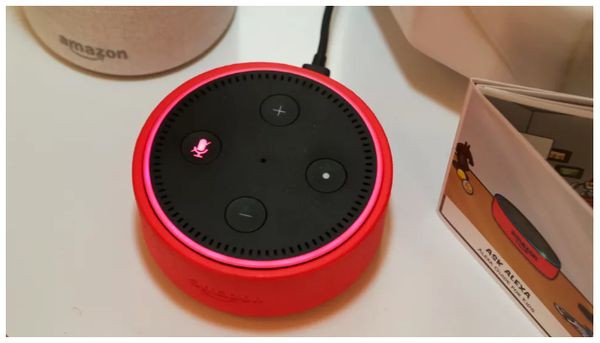 The e-commerce company last month introduced the new, child-friendly Echo device, powered by an Alexa voice assistant that was modified for kids ages 5 to 12. The $80 gadget becomes available Wednesday, along with new kid-friendly services called FreeTime on Alexa and FreeTime Unlimited on Alexa.

Just ahead of those launches, Mozilla, the nonprofit behind the Firefox web browser and a growing political force in tech, on Monday said it spoke with Amazon directly about about the new device. It asked Amazon to update the Echo Dot Kids Edition product page with specific information on how it uses children’s data collected through the smart speaker. That way, parents shopping for the gadget could easily read Amazon’s privacy information without having to dig around for it, Mozilla argued.

Mozilla has already posted a petition on its website calling for these changes, but Ashley Boyd, Mozilla’s vice president of advocacy, said in a statement Monday night that Mozilla is “heartened” that Amazon listened to its concerns. She added that Mozilla is pausing that petition while it continues to talk with Amazon.

“While Amazon’s marketing touts kid-friendly features, it leaves out some very important details about how the Echo Dot will safeguard children’s privacy,” the petition page said.

The petition highlights the potential pitfalls Amazon faces in marketing a new Echo device specifically for kids. The company already sells a kid-focused Fire tablet, but the Echo allows Amazon to store a kid’s questions and voice, which may raise privacy concerns for parents.

The petition is part of Mozilla’s broader campaign to improve the “health” of the internet. Its other efforts include a call for Facebook to make its app more private and its work to protect net neutrality.

In response to the petition, an Amazon spokeswoman said Monday: “Amazon takes privacy and security seriously, and FreeTime on Alexa is no different.” She added that, “Just like with other Echo devices, the new Echo’s microphones only listen for a wake word, like ‘Alexa,’ before starting to record, and the device’s blue light ring turns on when it’s recording.

The spokeswoman said that Amazon doesn’t share these audio recordings with third-party developers and that those developers are prohibited from collecting personal information. She directed customers to this page to find out more about Alexa and Amazon’s privacy policies.