Wearing a fitness tracking device could earn you cash from your health insurance company. At first, this sounds lucrative for the people who participate, and good for the companies, who want healthier insurance customers. But it’s not quite so simple.

Under the program, people who have certain health insurance coverage plans with UnitedHealthcare can elect to wear a Fitbit activity tracker and share their data with the insurance company. The data would be analyzed by Qualcomm Life, a company that processes medical data from wireless sensors for doctors, hospitals and insurance companies. Depending on how active participants are, as measured by the Fitbit, they could earn as much as US$1,500 toward health care services each year. 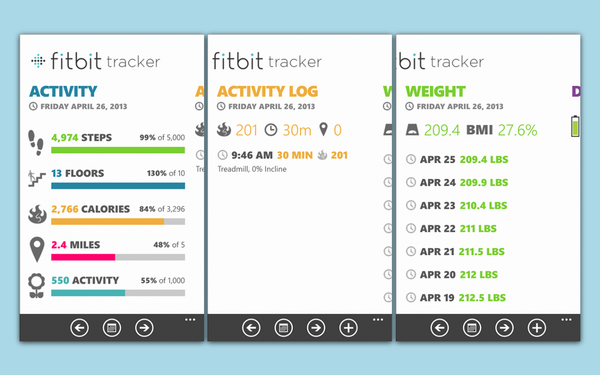 Interest in wearable fitness trackers is booming. More than half of people who already own one believe their devices will help them increase their life expectancy by 10 years – even though it’s impossible to actually know that because the clinical trials necessary would take at least a decade. Adding free money to the mix only makes the devices seem more attractive.

Before we celebrate this new partnership, though, it’s important to consider potential costs to the patients. We are not far from days when wearable health devices will be able to diagnose illnesses. While this is not legal now, if Obamacare were repealed, as Republicans have vowed to do, corporate partnerships like this one with UnitedHealthcare and Fitbit could pave the way for insurance companies to use fitness tracker data to deny coverage or hike up rates for consumers.

There are positive elements to pairing wearable fitness trackers with health data.

An existing flu treatment medication works best when administered within 24 hours of onset of symptoms. But it’s difficult to catch the flu so quickly. A Fitbit could make that much easier. If the device measures a sudden decrease in the number of steps the person takes per day, plus perhaps an elevated resting heart rate, that could signal the presence of a virus.

If an insurance company has access to those data, it could send a message to the patient. If the person really was feeling poorly (rather than just having decided to watch TV all day or gotten snowed in), she could be directed to go to her doctor or an urgent care clinic. The person could see a health professional quickly, get an effective treatment and be on the mend sooner – thanks to her Fitbit data.

This ability will only increase in the future. There are more than 20 clinical trials using Fitbits underway, studying the role of activity in treating pediatric obesity and cystic fibrosis, and even how it can boost chemotherapy’s effectiveness and speed in recovery from surgery. As those studies are published in the coming years, researchers and doctors will get even better at identifying signals of specific diseases in wearable devices’ data.

Similar efforts include one to detect influenza with a portable heart-rate monitor. Other researchers are analyzing voice and speech patterns to reveal neurological disorders and other diseases – and are using calls to a health insurance company as a data source. Even eye-tracking software could measure cognitive understanding, which could identify signs of dementia. Detecting symptoms earlier through Fitbit data could allow faster, more effective treatment.

The biggest push, though, is coming from Qualcomm, which has offered a $10 million prize to the team who can develop a specific type of multifunction medical device. Without involving a health care worker or facility, the device must be able to accurately diagnose 13 health conditions, including pneumonia and diabetes. It must also be able to capture in real time five vital signs, such as heart rate and breathing rate, and process the data locally.

The global competition is down to finalists; the winner will be announced early this year. That could bring wearables’ insights to doctors – and insurance companies – much sooner than we might think.

Wearables’ data can definitely be used to help patients. But it could also be used to harm them, particularly in light of recent political developments. With the passage of the Affordable Care Act (also called Obamacare), insurance companies were barred from denying coverage to customers who had preexisting medical conditions at the time they signed up for insurance. If that rule is lifted by Republicans in Congress, insurers might look to wearable devices for evidence they could use to refuse to pay for patients’ health care.

This development would have enormous consequences. According to the Centers for Medicare and Medicaid Services, as many as half of all Americans have some sort of condition that could be used to exclude them from coverage, such as asthma, cancer or mental illness. Might insurance companies ask prospective customers for their Fitbit data, in addition to – or even in lieu of – a physical exam or laboratory tests? If that provision of Obamacare were repealed, could insurance companies set rates based on what those data show – or deny coverage entirely?

Car insurance companies are already using similar methods. Some insurers provide their customers with devices to install in their cars, measuring drivers’ behavior and calculating the risk involved – and the rate they pay for coverage.