VISITING the homes of poor Africans who want to borrow money helps Finca International, an American microfinance firm, weed out likely deadbeats. If an applicant has an indoor toilet, or household gifts from a relative working abroad, that is a good sign. Interviewing neighbours also helps, says Mike Gama-Lobo, who looks after Finca’s operations in Congo, Malawi, Tanzania, Zambia and Uganda. Such visits work so well that only 1.5% of loans default each year, but they come at a cost: Finca employs more than 1,200 travelling loan officers in these countries.

Hence Mr Gama-Lobo’s interest in using other data sources to calculate creditworthiness. Nine out of ten loan applicants use a mobile phone. With permission from potential borrowers, analysing usage patterns can help reveal those most likely to default. Frequent calls to or from a rich country are a good sign. So are weekday calls to a nearby market town: that suggests commercial activity. 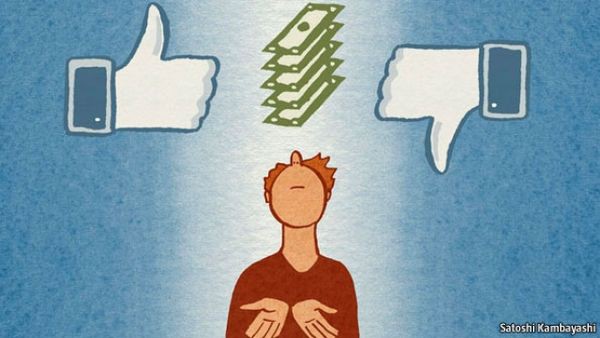 Grabbing whatever data you can makes obvious sense in emerging markets where credit bureaus are underdeveloped. But it works in the rich world, too, where younger people and immigrants often have no credit histories. Bureaus themselves are now using everything from court records and rent payments to utility and phone bills. And a range of start-ups are also busily exploring alternative data.

As statistics accumulate, algorithms get better at spotting correlations in the data. Applicants who type only in lower-case letters, or entirely in upper case, are less likely to repay loans, other factors being equal, says Douglas Merrill, founder of ZestFinance, an American online lender whose default rate is roughly 40% lower than that of a typical payday lender. Neo’s efforts to improve accuracy include recording borrowers’ Facebook data: Mr Bathija reckons that within a year there will be enough evidence to determine if making racist comments on Facebook is correlated with a lack of creditworthiness.

Facebook data already inform lending decisions at Kreditech, a Hamburg-based start-up that makes small online loans in Germany, Poland and Spain. Applicants are asked to provide access for a limited time to their account on Facebook or another social network. Much is revealed by your friends, says Alexander Graubner-Müller, one of the firm’s founders. An applicant whose friends appear to have well-paid jobs and live in nice neighbourhoods is more likely to secure a loan. An applicant with a friend who has defaulted on a Kreditech loan is more likely to be rejected.

An online bank that opens in America this month will use Facebook data to adjust account holders’ credit-card interest rates. Based in New York, Movenbank will monitor messages on Facebook and cut interest rates for those who talk up the bank to friends. If any join, the referrer’s interest rate will drop further. Rates and fees will also drop if account holders spend prudently. Efforts to define customers “in a richer, deeper fashion” might eventually include raising rates for heavy gamblers, says Brett King, Movenbank’s founder.

Perhaps no company has gone as far as Lenddo, a Hong Kong start-up that owns online lenders in Colombia and the Philippines. Loan-seekers ask Facebook friends to vouch for them. To determine if those who say “yes” are real friends rather than mere Facebook contacts, Lenddo’s software checks messages for shared slang or wording that suggests affinity. What’s more, the credit scores of those who have vouched for a borrower are damaged if he or she fails to repay. Put the word out about this “social-enforcement mechanism” and “boom, the money shows up,” says Jeff Stewart, Lenddo’s boss.

Reat the full article from here